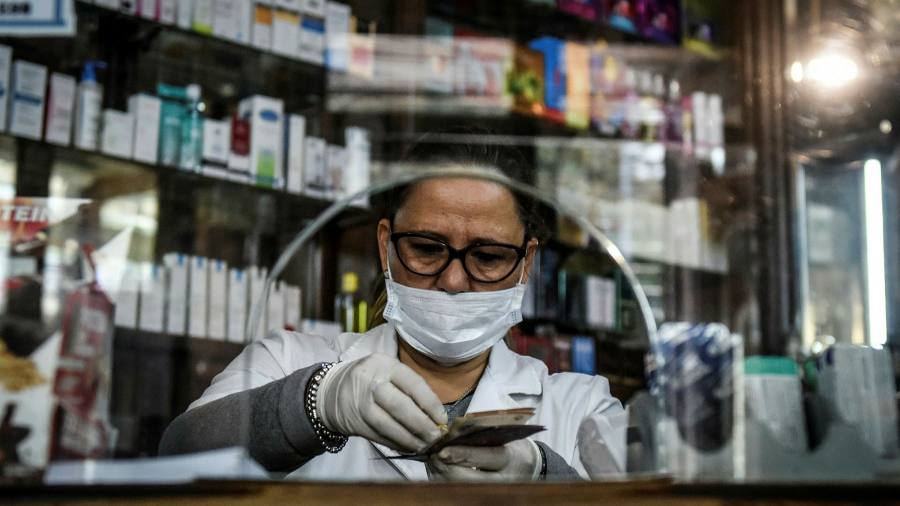 Better access to antibiotics is key to curbing drug resistance

The author is founder and director of the One Health Trust in Washington, senior researcher at Princeton University and chairman of the board of directors of the Global Antibiotic Research & Development Partnership in Geneva.

As the latest wave of Covid-19 wanes, the hidden pandemic of antibiotic-resistant infections becomes apparent. Recent estimates indicate that around 1.3 million deaths each year are caused by drug-resistant infections – more than the toll of any infectious disease except Covid-19 and tuberculosis.

These deaths reflect growing resistance and a lack of access to affordable and effective antibiotics, especially for people living in low- and middle-income countries.

Increasing—though still largely insufficient—attention is now being given to the prevention of resistance and the development of new drugs. But the international response has largely ignored the issue of their access, to the detriment of immediate health needs and the long-term effort to tackle drug-resistant infections.

A team of Norwegian and American researchers (including myself) recently showed that almost 40% of new antibiotics launched between 1999 and 2014 were registered for sale in less than 10 countries.

It’s a huge missed opportunity for antibiotic developers and for patients in more than 185 countries where the drugs weren’t available.

Even where treatments are on sale, they are often overpriced. Meanwhile, bottlenecks and shortages caused by limited production are increasingly plaguing healthcare systems around the world, including in Europe and the United States.

There are many reasons why certain antibiotics are not more widely available. The most common is that companies perceive the potential revenues and market size in low- and middle-income countries as insufficient to justify the cost of entering the market. Yet the patients who need it most are in those same countries.

The pipeline of new antibiotics remains limited where manufacturers are unable to realize a reasonable financial return to justify their investment. Many biotech companies have faced insolvency even when they have succeeded in developing new drugs, as happened three years ago with Achaogen.

New approaches are needed to help simultaneously address the issues of low access in low- and middle-income countries and the lack of financial sustainability of the global antibiotic market.

A global antibiotic access mechanism funded by development agencies, philanthropic institutions and middle-income countries themselves could reward pharmaceutical manufacturers for making their products more widely available. Such a facility should be designed not only to provide funding, but also to help ensure that drugs are used appropriately and judiciously – otherwise known as the “responsible stewardship” of antibiotics.

Stewardship programs can be a deterrent to pharmaceutical companies because they reduce sales by discouraging indiscriminate use. But if poorer countries committed to a mechanism to supply needed antibiotics, more manufacturers could operate sustainably.

Such an approach works for tuberculosis drugs, for example. Recipient countries would be required to be actively involved, including as donors, to ensure shared ownership and responsibility.

Innovation, access and stewardship have been described as the three essential pillars of a balanced response to the antibiotic resistance crisis.

Innovating to produce new antibiotics without providing access to them is unfair and likely to be unsustainable, as the companies producing them will struggle to survive. Similarly, providing access without management is wasteful, as resistance will develop rapidly to drugs that are not used carefully. And stewardship alone limits access and discourages innovation.

Businesses perceive the revenue potential and market size in low- and middle-income countries as insufficient to justify the cost of market entry. Yet the patients who need it most are in these same countries.

A mechanism that supports sensible access in low- and middle-income countries could incentivize all three “legs” simultaneously and save millions of lives.

This approach is being explored by Secure, an antibiotic access project launched by the World Health Organization, GARDP and other partners, which has received support from major G7 industrialized countries and experts from Australia. , India, South Africa and the British Nesta Foundation.

Nor should it be limited to innovative antibiotics. Many other existing treatments are still not available to those who need them.

A commitment to access from the global community could be linked to pledges by individual governments to simplify and align regulatory procedures – to facilitate the registration, management and appropriate use of antibiotics.

After all, the inappropriate use of antibiotics in any country threatens their effectiveness everywhere. A global facility would signal to investors that the world takes the issue of antibiotic resistance seriously and that there are strong financial returns to be made by investing in new antibiotics.

Antibiotic resistance is high on the political agenda for Germany during its G7 Presidency this year. Discussions in this forum and at the G20 meeting in Indonesia will provide opportunities to place judicious access at the heart of the international response to antimicrobial resistance.

Pressed to fight AIDS, tuberculosis and malaria two decades ago, the world responded and saved millions of lives. A similar opportunity to avert millions of unnecessary deaths presents itself to us today.