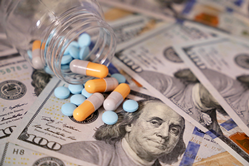 In recent years, the price of 41 drugs has increased by more than 100% in the United States, including the widely used antidepressant Prozac, which has increased by 879%. There are people earning $90,000 a year who have difficulty affording drugs. How can the lowest paid people get by? And END_OF_DOCUMENT_TOKEN_TO_BE_REPLACED